Avoidance is our number one strategy when faced with a difficult conversation so it’s a common occurrence to be faced with someone else trying to avoid talking with us!

Let’s picture the scene. Here you are, all revved up to have your “conversation.”  Maybe you’ve done your work to prepare for it. You’ve prepared every which way to Sunday. You’ve talked about it in your head. Perhaps you’ve run over some possible scenarios with others.

What counts is you are ready!

You put out the invitation and a few things that can happen that you don’t want to happen:

1) The other person say “Yes” and then doesn’t show up.

2) The other says “Sure I’ll meet” but then cancels at the last minute.

3) The other says “Okay – when I have time” but is always too busy and doesn’t initiate.

What’s going on and how can this change?

Firstly, what’s going on. To give you a blanket statement for such complex creatures as humans, will be impossible. What I’m about to say might not be going on. And, if you are willing, play with this possibility for a moment.

None of us really do things we don’t want to do, at least not consciously.  Just like other mammals, and even little cells in petri dishes, we move away from perceived threat.

So, if you accept that, it is your insight and little opening. The other person is avoiding you because they perceive you, or something about the possibility of meeting with you, as a threat.

That insight provides an opening that leads to a few useful questions:

“What can I do to lessen the threat?”

“What’s in it for them to meet with me?”

These questions, although universal, can also provide you with some useful directions. I’ll give you three to entertain:

Sometimes you can frame the invitation (or re-invitation), by letting people know what’s in it for them. I’ll illustrate what I mean by way of a story.

I was coaching someone in a role play for a conflict resolution class once.  The woman was role playing with someone who was pretending to be her grown up daughter.  They were simulating a conversation the older woman wanted to have with her “real” daughter in “real life.”  The conversation was supposed to be about how the mother was financially supporting her daughter.

The mother asked for the conversation with her “fake” daughter this way:
“I want to talk with you about cutting you off from your financial handouts you get from me.”

Because we had the luxury of it being a role play, we could stop right after that to ask the “fake” daughter:  “How did that land for you? What was the impact for you of hearing that as the topic to talk about?”

Fake daughter:  “Um.  That didn’t work for me at all!  This is NOT a conversation I want to have with this mother – at any cost.”

Believe it or not, this came as a surprise to the “real” mother!  Perhaps it seems obvious to you, but sometimes when we are in it, it’s not obvious to us.  The mother was stuck only seeing the topic from her own point of view. Just like if we are standing looking at a bitten apple, if we are standing on its smooth, unbitten side, that is all we see.

We reflected on how the mother might frame the topic in such a way that there could be “something in it” for the daughter. With the “fake” daughter’s input, mine, the mother’s and the other two students observing in the class, we came up with a new frame. This time, the mother said she wanted to talk about how she could support the daughter in her growing independence. The “fake daughter” was more open to this frame and that enabled them to come to the table to at least start the conversation.

Sometimes what motivates people to come to the table is knowing what the risk is if they don’t come to the table.  This conversational move is much riskier than sharing a benefit, but can be part of one’s repertoire. What are you afraid of if you don’t have the conversation? And, more importantly, what might the other person be afraid of?  Spending some time thinking about these questions can help you, even if you don’t share what you’ve come up with.

In some hierarchical organizations, this idea of risk is used to good effect when an officer, for example, ranked lower than their boss, can point out some possible risk if they are not given the authority to speak in that situation:  “Respectfully, sir, there seems to be an issue it would benefit you to know about and that’s the reason why I’d like to request a time to talk…”

3) What Can I Both Acknowledge and Assert?

Sometimes people need space. The person might be feeling pressure to meet with you, and of course, that’s a turn off.  No one wants to be forced to do something.

Yet, there may be a need to meet from your point of view. So, in that circumstance, you want to let the other person know you want to meet and you want it to be when they are ready too.  Acknowledge and assert.

This starts with connection. You want to acknowledge that they may be busy or not quite ready to have a focused conversation with you and you want to respect their need for space.

And, once there is connection, that they feel you understand where they are coming from, what can you assert?  Can you share that that you want to get to the root of the problem, and close enough to when it happened for it to meaningful? Can you share that if you don’t meet, you don’t get the opportunity to solve the problem together and get to the real root of the problem?  You won’t be able to truly get what’s going on for them so you can fix or change whatever they’d like you to and they won’t have a chance to hear from you, so that you can work out something that works for both of you.

Acknowledge, assert, then acknowledge again.  Let them know you want to give them time to think about what you talked about and to get back to you when they are ready.

In this way, you are telling them you want to respect that they may be busy and need time and you are also saying waiting may cause you both to miss the chance to resolve this in a good way. And you give them choice.

Let me know how it goes! 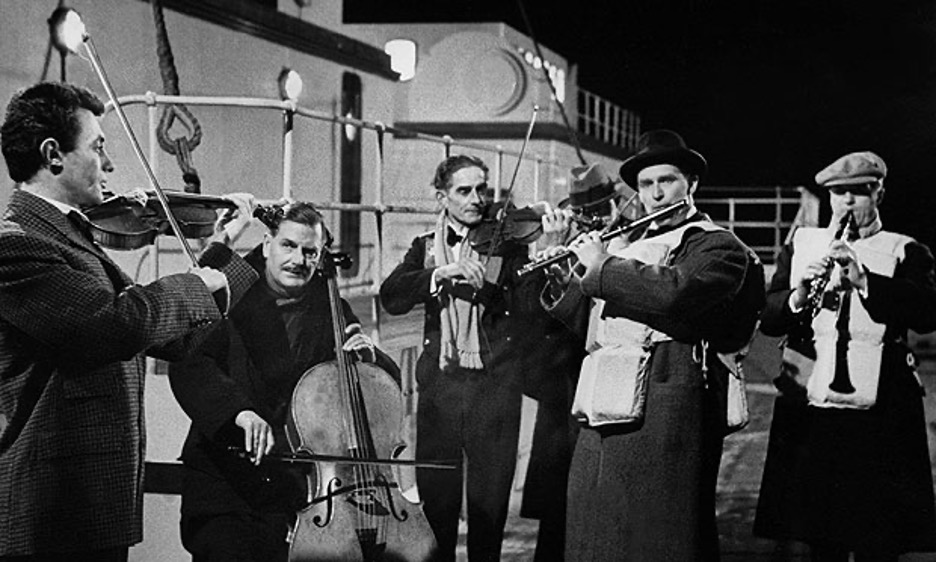 With all this talk of the pandemic, it’s easy to fall into disaster thinking and not want to hear about the plethora of ailments we have as communities, as a species and in our habitat.

So, I decided to see if I could find some “good news” with regard to climate change – one of my perennial concerns.

What I found is a concept that is starting to coalesce into a movement: “Net Zero by 2050.”

This is fairly new research, emerging in the last few years, that has to do with a new way scientists are looking at global warming predictions. Net zero means we are not adding new emissions to the atmosphere at all.  That seems fairly impossible, but what the modeling shows is that if we can get there by 2050, we can actually re-stabilize our environment. I found this article particularly practical and uplifting.

Of course, this could still be simply denial thinking.  Yet, no matter what our outcome, what matters to me is how to live today. Let’s live like the musicians on the Titanic lived – with bravery, heart, love and service.  They played on as the boat sank, right to the end. I had to look that up to see if that really happened. Oh yes, it did.

Can you imagine? You are so committed to sharing the medicine of music that you keep playing even as all around you are dying, including knowing your own demise is imminent.

“Many brave things were done that night, but none were more brave than those done by men playing minute after minute as the ship settled quietly lower and lower in the sea.” … Titanic second class passenger survivor Lawrence Beesley

We are, ultimately, a beautiful species. That’s the good news!

This last month, my experiment and practice has been to focus on expanding my sense of self, my sense of identity. I want to strengthen my identification with something larger than myself.  I’ve been setting my alarm to go off multiple times a day and sitting with connecting with that larger self.

I can’t report in huge changes that I can notice, but I do feel more open.  For example, I was recently listening to a podcast by Tami Simon interviewing Spencer Sherman, a wealth management investor.  Spencer was talking about a practice he does of equanimity – which he calls “having enough.” He notices what he already has in his life, to offset the pain of focusing on what he doesn’t have, as there is always not enough. Of course, there is also inequity in the world and in the moment, for our spirit, it helps to notice and nurture what we do have in the here and now.

As I listened to the podcast and felt into the possibility that perhaps, in this very moment, I have enough, an image came into my mind. I saw a surfboard on waves and I realized I had always, until now, thought my security came from staying on top of the waves.  What came to me is that if I see the surfboard itself as my equanimity, not the times that I am standing up, then I can ride the waves with a stronger sense of fundamental wellbeing.  Everything can change around me – good times and rough waters, but if I hang onto my surfboard, I’ll be okay.

That, to me, is fundamental wellbeing.It’s not about clinging to any type of “toxic positivity” (yup, that’s a thing!).  It’s about feeling life in all its variations. I know this.  I have many a time related to Rumi’s poem The Guest House.  But do I practice this consistently? No!

Yet I love the idea that we can achieve a permanent inner sense of equanimity. I want that:  to know, no matter what, it’s okay.  It’s all okay.  That doesn’t mean there aren’t waves and crashes and things to be engaged in.  But under it all, we rest on a foundation of fundamental okayness.

This coming month, I want to cultivate an “Enough Practice.”  I already have many little signs around my house saying variations of “I am enough.”  This month, there will be a twist.  I will recite “I have enough.”

It makes me feel instantly grateful.

I certainly have enough readers. Thank you so much from the bottom of my heart for reading my words. Your presence means I have someone to give to. Your receiving is a gift to me.

You are enough for me.