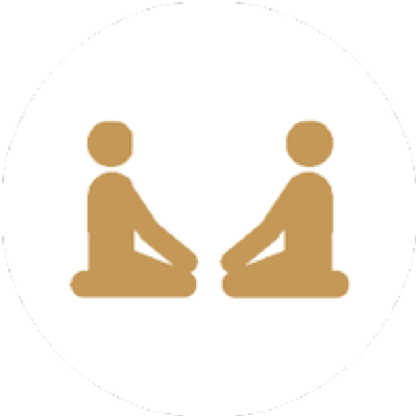 I had the privilege recently of attending a one-day workshop in Vancouver on the Kundalini practice called “White Tantra”.  I had some idea of what I was getting into, as I had taken an 8-week Kundalini yoga class in the past. This experience, however, was going to be meditating and chanting and looking into someone’s eyes deeply and consistently for most of 12 hours.

I was surprised when I got there that the event was sold out – which meant over 250 people were crammed together, yoga mat to yoga mat, in a beautiful church basement.

When there, I realized I would need to partner up with one individual for the whole 12 hours.  The task for each pair would be to stare into each other’s eyes for 5 x 31 minute meditations in the morning and 3 x 62 meditations in the afternoon.

That’s a lot of eye gazing!

Luckily, I found someone who is quite familiar with the kundalini tradition, and is herself a teacher. She was also someone I had known in a previous life, so it was doubly a pleasure to have the opportunity to work with her.

There were many significant insights I had during that day, and the one I want to share with you is one moment in time.  One of the times I was eye gazing, I found myself dropping into a place inside and behind her eyes.  This is going to be hard to describe, as there are no real words for this experience.  But essentially, I dropped into a place deep inside her, and yet truly beyond her.

This place, most important of all, was a place of love.  I would call it a pool of love.  And, this pool of a love was a place I recognized.  I had felt this kind of love before.  It was an all-encompassing, giant-feeling love.  It was a grand love.  It was love that resonated with joy and bliss.

This was the exquisite experiential finding I had – and it was this;

Love exists outside of us and also exists in the in-between.

A friend of mine wondered if, in this experience I had, that perhaps there was also some “attachment healing.”  The little I know about attachment healing involves a few steps that were certainly present:

1. A sense of safety and trust
A sense of safety starts with physical safety.  In the environment I was in, I certainly felt physically safe.  In fact, having that many people in the room made me feel comfortable.  The second aspect of safety is emotional safety.  Because I had known my eye-gazing partner in the past, although I didn’t know her well, we have a good friend in common, which is our bond.   She herself also has an inner quality that emanates a calmness, a strength and a capacity to keep herself grounded in where she is while at the same time being attuned to me.

2. Allowing autonomy while being present

Another key aspect of healing attachment trauma through relationship is about allowing the person to explore the world and relationships with others while knowing you are still there for them if needed.  This allows the individual to know they can have their own independence, their own voice, will, power, decisions, opinions while in a container of a safe relationship.  This allows the individual to really own their own capacity and autonomy and voice while learning that they can create their own world, vs letting the world happened to them.

The person I was working with certainly has a strong sense of self coupled with an ability to be attuned to another.  Her own journey in teaching kundalini yoga has grounded that.  And perhaps how I show up may have given her some of the same experience of being held from a place of groundedness in myself.

Regarding allowing me to have my own autonomy, that also was perhaps a shared, unspoken understanding.  Between eye-gazing sessions, when we would have 15 to 20 minute breaks, there was never a sense from either of us that we needed to “debrief” or even say much to each other at all.  For me, there was a freedom in that – in being able to connect in some ways quite deeply during the mediations and eye-gazings, yet during the breaks be free to chat with others or be inside ourselves, as we each desired.

Although not everyone can have, or would even want to have, an experience of staring into another’s eyes for a full day, one of the powerful lessons I carried away with me that day was the belief that great healing can happen from holding on to yourself while holding onto another.

This lesson can be carried into conflict situations.  How can believing that there is a great pool of love that exists in the eyes of the other support your endeavours to make peace? 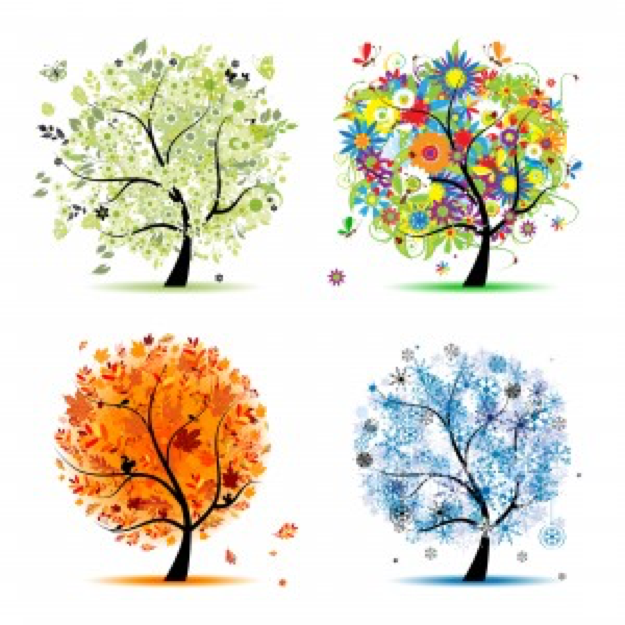 Recently, I came across an article written by Shauna Janz on “positive disintegration.”

There are different ways of thinking of the concept of positive integration, and I like the one Joanna Macy has come up with that says that disintegration is simply another form of feedback for a system, telling it that it has become dysfunctional and that, most hopeful, the system responds by changing.

Our world is in unprecedented chaos and climate change has accelerated the danger many of us feel as a matter of course.  It is heartening for me to believe that, when old ways of doing things are no longer adaptive or effective, that a disintegration process ensues precisely so that new ways of doing things can emerge that are positive for a sustainable life.

What Janz emphasizes in her article, is that we have a choice in the face of chaos and disintegration. She tells us that positive disintegration can only happen if “we stay aware, open, and conscious to see the potential that lies within the chaos, and to then act to create new ways that are sustainable.”

For me, this potential to create new ways is about releasing our potential to give, to give not from obligation but in a way that is free-flowing and comes from our inner joy.

This song captures perfectly the direction.

And these closing words of the song give us the direction:  What is your medicine?  What do you live for?  And what really matters? 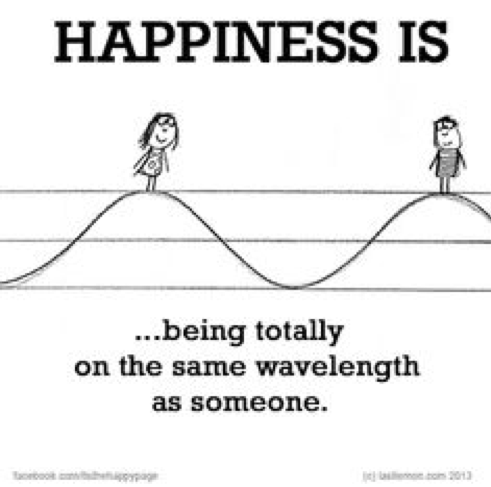 I’ve been teaching a lot lately and teaching sure has a way of bringing home the lessons you need to learn!

Yesterday, I had the privilege of watching a group of professionals role play various difficult conversations they face in their work life.  No matter which group I visited to coach, or which scenario it was they were facing, I noted three key principles:

1. Go slow to go fast
When someone wants to say something important to another, there is a tendency to blurt out what it is, with the speed of a bat out of hell.  We go super-fast and inadvertently rail-road the other person with our verbiage. In every conversational scenario I visited, each person could have benefited from the adage:  “Go slow to go fast.”

What do I mean by that?

There are many aspects to this adage, and I will simply focus on one here today.  The most important meaning to this principle (which I invented after years of watching people simulating conversations) – is to slow down our speech.  When I watch people in role play, I can literally see a type of sound wave leaving from one party, wanting to reach the distance shores of the other person.  However, most people miss the opportunity for their own meaning to reach the other, because they race off to their next point and the next and the next.

This fascinating article on the research Uri Hasson at Princeton is carrying out, gives scientific validation to the idea of sound wave resonance.  Hasson calls it neural entrainment. Check it out.

2. Make the conversations bite-size
Related to the above, when we have something significant we want to talk about, we not only want to say it all in one big verbal dump, but we want resolution… now!  This can add pressure and stress to a conversation, when really the best chances of a robust conversation is when we are relaxed.

This principle is a type of mindset, one we can adopt before we go into the conversation.  Aim for small wins and progress, especially in tackling big issues.  Rome wasn’t built in a day and transformative conversations weren’t either!

Yesterday’s course was about collaborative assertion.  A third key principle in communicating is to make an assertive statement, but then be prepared to listen twice as long in response.  Once you can “feel” the other person back into brain entrainment with you, then you can proceed to share your story or your assertion again.

I tend to think of this as a dance.  I take a step forward, but that may induce you to step back.  If that happens (and it often does when we share something significant about ourselves), we need to be with that other person as they step back.  Being with another as they retreat is often about showing them that you understand them through listening or by getting curious so you do understand where they are coming from.

The pitfall is that most of us either push our own ideas forward without doing this listening piece, or we listen and listen and never return to our own asserting or sharing.  That is the dance aspect.

Recently, a friend of mine showed me something she learned watching an aikido master and dancer.  Together, we joined hands, open palm to open palm.  At times, she pressed forward on my palms and I yielded. At other times, I pressed forward and she yielded.  This went on for a few minutes. During this time, the experience felt like one of us pushing forward and the other person pushing back.  But, at a certain point, there was a resonance between us.  An open, shared space opened up.  In the conflict field, we call that “common ground.”  We created a “we space.”  That “we space” is where change happens!

I feel grateful for this reminder, as today I was in a conversation with my brother about our mother’s care needs.  I noticed my own stomach clenching as we entered into the more difficult areas. I used the principle of making the conversations bite-sized and asked him if we could have shorter, more frequent conversations to get traction.  He was amendable and relieved. We both could feel that it would be easier to take some of these difficult conversations in smaller pieces.  And even though today’s conversation was short, I pointed out there were several action items for us both to do, which advances the conversation.

Some of my stomach clenching in today’s conversation was not paying attention to the need to listen to him twice as much when I assert.  Tomorrow, when we converse, I will be more intentional about sharing an assertion, then listening to him and showing him I want to know and I hear what he is sharing in response to my assertion.  I will also remind myself to feel my feet and my belly and my breathe so that I go slower to go fast!

These principles will add to the quality of our connection and our capacity to create a “we space” in which to continue to do creative and meaningful problem-solving about our mother’s care.

Would love to hear your experiments with any of these principles!