Recently, I had the pleasure of delivering a workshop based on the book I co-authored with Judy Zehr Hold On To Yourself – How to Stay Cool in Hot Conversations.

It was a three part workshop, 90 minutes a week for three weeks in a row, and all 10 of us in the Zoom calls enjoyed ourselves!  As I dived deeper into the book and organized the workshop into discreet experiences based on the various chapters in the book, I walked away from the workshops with this overarching realization:

To deal with conflict well, it is best if we all simply relax!

I have already seen this play out time and again, in my own life and in the lives of the clients and students I’ve helped transform conflict.  It makes sense – the calmer I am, the more I can access the resourced parts of myself for the task at hand.

In my workshop, I ended up advocating for, and giving everyone permission to, go out and enjoy themselves!

And I mean that in the most integrated way. It’s when we pay attention to ourselves mindfully, when we connect with our breath, our hearts and the present moment that we can land in a more spacious and productive place to start to engage conflict with another.

It was a most exhilarating experience to realize conflict and feeling good can come together for me in one career.

So let’s get happy to deal with conflict!

“A man sees in the world what he carries in his heart.”  … Johann Wolfgang von Goethe 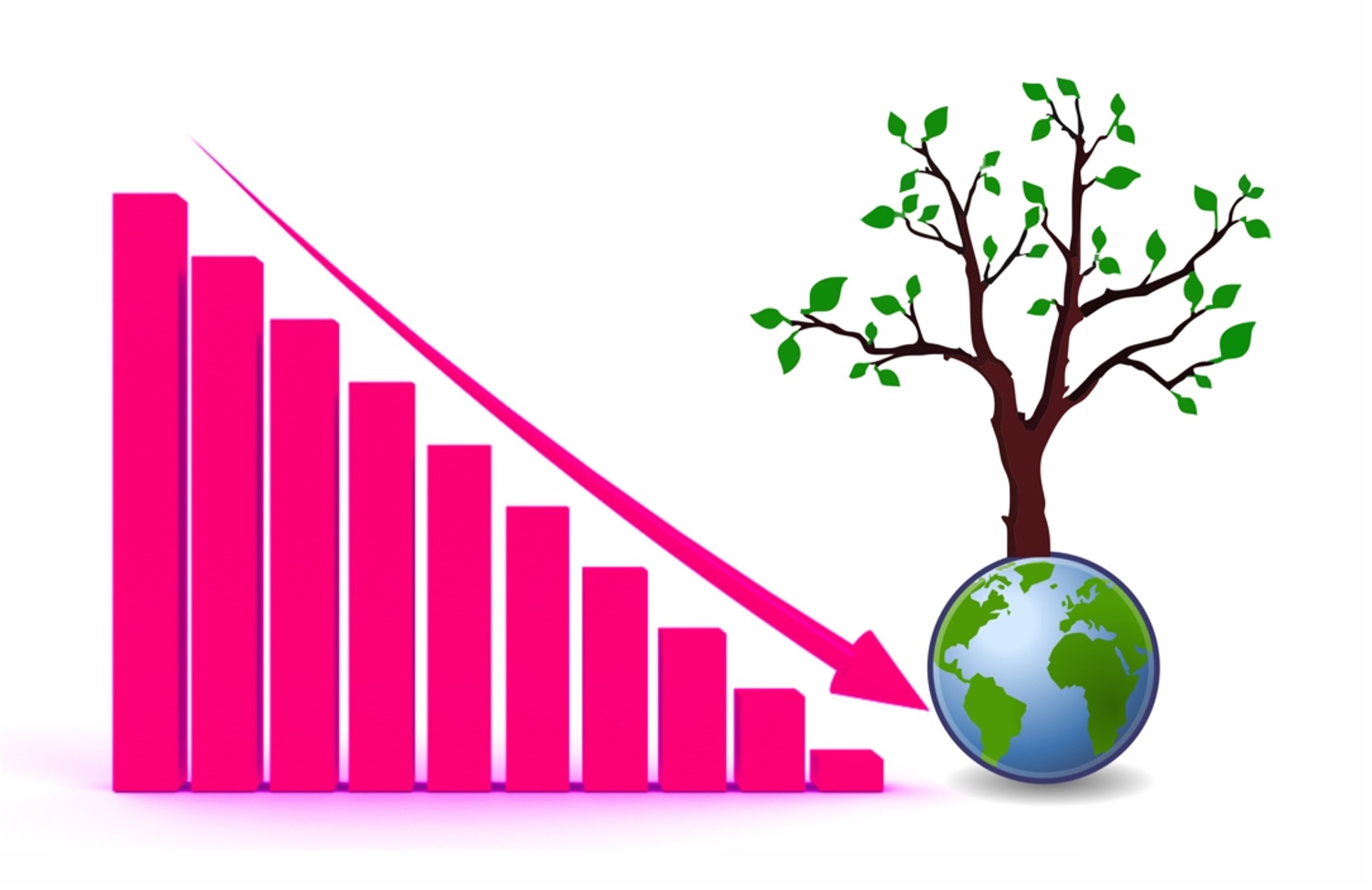 The connection between consumerism and the environment is one that has been made many times. Yet, since the consumer culture has seeped into many nooks and crannies all over the world, it helps to remind ourselves that there is a connection!

The idea of degrowing our economy has been around since the 1970s and the general thrust is that economic growth is not our aim and in fact causes harm. Measurements like a country’s gross domestic product can give equal weight to economic activity due to an oil spill as it can to growing organic food.

Practically speaking, a desire for a degrowth economy means calling for more local economies and local growing of food. Degrowth is about more time for community, less on what we are buying.

Check out these articles for more on degrowth:

“But when we really delve into the reasons for why we can’t let something go, there are only two: an attachment to the past or a fear for the future.”   … Marie Kondo

Late last year, I came across Dr. Jeffery Martin’s work on fundamental well-being. He interviewed over 1,000 people who said they felt fundamental well-being most of the time. He studied what they did and how they showed up in the world. His research is solid and important, as his program teaches people how to create a greater sense of inner peace.

Since January, I have been on a quest to to discover what promotes greater well-being in my life. And, each month this year, I’ve used this space to reflect on the experiment, with you along for the ride!

This is month ten of my reflections on well-being and this month my attention is drawn to exercise.

Movement has always been enjoyable to me. I remember loving ballet at 4 years old, then turning into a “tom boy” as I got older and finally finding my way back to jazz dance and performance in my early twenties. This led to a decade of teaching aerobics, which was seminal to much of who I still am today. Over the years, I’ve enjoyed hiking, biking, pilates, yoga, weights, daily walks, 5 Rhythms dance, Qi Gong and other energy practices.

This spring, I made my way back to cycling but in a new way. I cycled in my early 20s when a bike was my only mode of transportation. I also went on a few momentous family cycling trips when my daughter was young and used a bike now and again when we were car-less as a family for a decade.

But I wouldn’t call myself an “avid” cyclist and much of my physical activity the last few decades has mostly been the walking variety!

This spring, I decided to try a bike again. A friend was in a cycling club and I’d hear these periodic stories of exhilaration and joy. That appealed. I had also spent some time in Amsterdam visiting my daughter late in 2019 and was biking there and impressed by their cycling intelligent city design.

So, I thought – let’s try this again.

But how to start?

I decided riding my bike three times a week for 30 minutes at a time (clocking in about 7 or 8 km in that time) was doable. So, this April, that’s what I did. I would cycle out for 15 minutes then turn back, three times a week.

By early October, I was riding an average of 60 to 90 minutes four days a week (putting in 20 to 30 km each ride) by early October. My riding culminated in participating in the “Tour de Victoria” October 2, finishing their 45 km route in about 2 hours and putting in. That’s me just before the event started. That week, I cycled a 200 km week – double all the previous weeks to that point!

How did I get there?

As I reflect on it, there were at least three key ideas went into that incredible growth trajectory of well-being.

It was so fun to start out in April thinking: “I can ride my bike for 15 minutes in each direction.”  That was a thought that I thought I could do!  It was an achievable goal in my mind and something I could also do immediately and for a few weeks.

Then it made sense to go to 45 minutes, three times a week.

I also had in mind joining a local riding Club, so wanted my riding to be at an hour a week before joining. That mini-goal helped as well as I got to about an hour, three times a week, by May and then joined the Club!

Joining the cycling Club opened up a whole new set of mini-goals including riding in a group, picking up my speed and connecting with other cyclists for rides outside of the Club times.

I’ve learned that there is something joyful about noticing and choosing mini-goals. I also noticed that if I thought of something as a “min-goal” – instead of a “to do” or a “should” or even an “action item” – it became fun!

The second idea that really helped my well-being achievement this summer was believing I can do this.

The people in the cycling Club are the kind of people who believe you can do things!  I used to be that person who might grumble about how hard something is to do physically. It was a bit of a joke but I don’t do that anymore. Being around a whole bevvy of “can do” inspiring people, has dissolved that paradigm.

Now, in cycling, I think about what I can do or what I want to reach to do. I was in a spin class recently when someone else in the class started that “mock complaining” about the instructor’s pace.  It made me realize how far I’d come. That held no appeal for me anymore.

A big turning point regarding my emerging “I Can Do This!” attitude happened the week before the Tour de Victoria.

I was nervous about entering the event. There was going to be close to 2,000 cyclists participating from all over Canada and the U.S. I’d never done anything even remotely close to something like that. I had also never rode more than about 35 km in my 6 month cycling career! How could I do 45 km and in a mass event?

I’d been hesitating registering for the Tour because I really didn’t believe I could do 45 km. I got the idea to ride the route the weekend before. I thought if I could ride the route on my own or with one or two people, then maybe I could do it at the big day.

So, I put out the word in the cycling Club and the person who answered my call turned out to be a professional athlete (and a national champion at that!).  I didn’t know any of that at the beginning of our ride, but early on in the ride, I started with my usual patter about not being sure I could complete the full 45 km route.

She was riding ahead of me at that point, so turned around to look at me and in such a clear and confident tone said:

“I have every confidence you can do this easily, no problem.”

That was such a powerful moment for me and really summed up the attitude of everyone I’d met through the Club.

What I noticed that day is that I would have wasted all kinds of energy on that ride, doubting myself.  When she said those words to me, I felt a calm enter my body and it was like a voice in me somewhere said:

“Well, Julia, she believes it. So you might as well relax and enjoy the ride!”

Not only did I do 45K but, that day, we ended up riding 60 km together! Both distances were new records for me. That was the week I rode 200 km – riding on the fumes of her belief in me.

I like to believe that is the week I became a “Can Do” athlete.

This idea of considering myself an athlete is still new. I laughed when I wrote that line about being a “Can Do” athlete!  But, I know people now who consider themselves athletes (well, some of them are actual professional athletes but some are not). It’s so wonderful to have these people in my life. I feel so grateful!  They see me as active and see themselves as active and they are broadening my view of what I am capable of doing. They teach me, by their example, that I can honour my body and vitality through movement. And they remind us that being physical is a wonderful gateway to well-being!

So, if there is some body movement calls you:

– Set yourself a little mini-goal.

– I see your yearning for physicality – and I am with you! 🙂